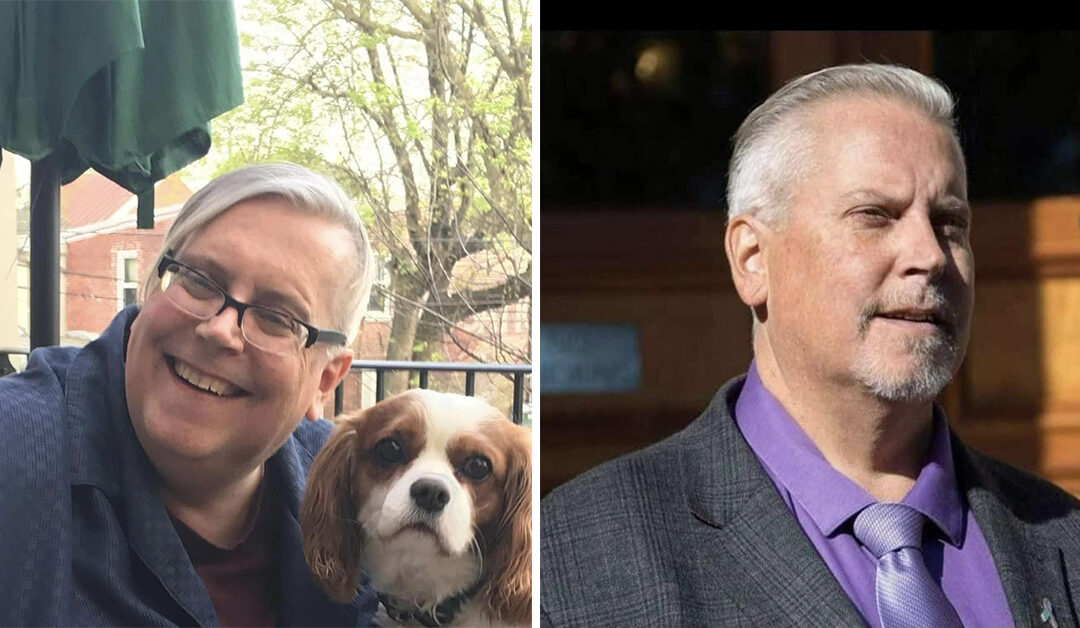 It is with great sadness and heavy hearts that we share the news of the death of our colleague and friend, Blaine Hoffmann, who passed away on Friday, August 19, 2022.

Blaine began his work as Legal Director with Heartly House in April of 2007, but his passion for helping others began long before that. Blaine would tell the story that in his third year of law school he met a woman who was attempting to get to the shelter at House of Ruth in Baltimore, Maryland. That experience introduced him to the work of domestic violence shelters, and he saw a side of legal advocacy he had not considered before. He began working with the founders of the domestic violence movement in Maryland shortly thereafter and never looked back.

A common theme that quickly emerges when people talk about Blaine is that he was a “tireless advocate.” You hear this from his coworkers at Heartly House, from fellow attorneys in the community, and most of all, you hear it from his current and former clients. In fact, it is not uncommon to hear a former client say that Blaine saved their life. His work went beyond protective orders and custody hearings–Blaine always took a holistic approach in assisting clients, making sure they had what they needed to be safe and thriving even after their work with Heartly House was concluded.

Blaine was respected by the Frederick Judiciary, courthouse staff, and Bar Association. His representation of survivors brought to the court an expert level of legal knowledge and skills to extremely difficult cases of abuse. Everyone involved at the court, especially the survivors, appreciated that through Blaine’s expertise, cases were handled professionally, effectively, efficiently, and with great sensitivity.

Because of the nature of his job, Blaine was a public face for Heartly House and was well known in Downtown Frederick, around the community, and across our state. He served on committees and boards committed to a safer county and state. Blaine brought compassion and kindness to the courthouse and to other spaces where he ventured, both in work and in life. He had the kind of presence that will leave a noticeable absence, and the kind of life that left an indelible mark on our community.

Blaine’s legal family is committed to honoring him and his lifelong work. We will continue to do as he taught us – question whether we can do some good, and ask, “if we don’t help, who will?” There is no replacing Blaine, but we will approach our work with the goals of making him proud and continuing his legacy of helping as many members of our community as we can.